“We’re all that’s left!” An official trailer has arrived for an intriguing indie sci-fi film titled 3022, the latest from producer / director John Suits (The Scribbler, Pandemic). It’s hard to tell if that title refers to the year, or something else. The film is about a crew of four astronauts stuck on a dying space station after Earth experiences a cataclysmic event. They watch this happen, then spend the rest of the time trying to figure out what to do and how to survive. Starring Omar Epps, with Kate Walsh, Miranda Cosgrove, Jorja Fox, Angus Macfadyen, and Audrey Looye. This really doesn’t look too bad. Way too many lens flares being used, but otherwise seems like a much better take on the concept from The Cloverfield Project about people trapped in space when Earth suddenly goes bye bye. I really hope it’s better! Check out the first look below. 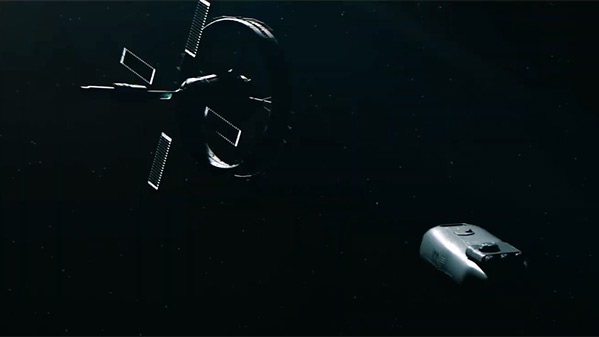 After Earth suffers a cataclysmic extinction-level event, four astronauts now marooned on a dying space station must embark on a desperate fight for survival amidst the mind-shattering horror of what it means to be the last humans alive. 3022, also known as Correction, is directed by American filmmaker / producer John Suits, director of the movies Breathing Room, 2nd Take, The Scribbler, and Pandemic previously; producer of many other indie features. The screenplay is written by Ryan Binaco. This hasn’t premiered at any festivals or elsewhere, as far as we know. 3022 will be released later this year – stay tuned for more info.