Lords Mobile has been a fixture at the top of the strategy charts for years. IGG’s cartoony city-building MMO is among the most polished and playable games of its kind, and it’s just got even better thanks to a massive update that expands the role of familiars. 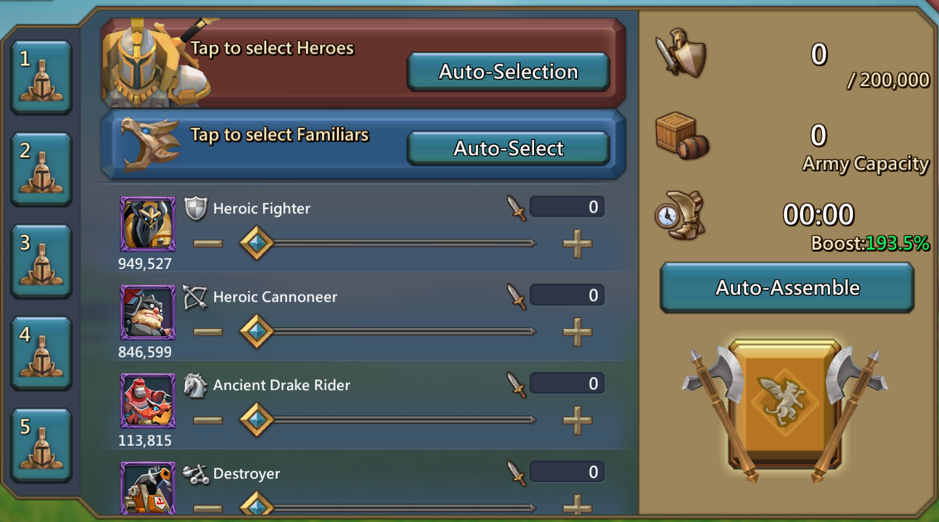 In case you’ve been living in a cave since 2016, Lords Mobile is a strategy MMO in the same vein as Clash of Clans. Set in a fantasy world in which the Emperor has died, leaving behind a power vacuum filled with warring lords and monsters, the game sees you building and fortifying a city while engaging in endless PvP, PvE, and single player skirmishes.

It’s an open world game in which territory is the prize. To win it you’ll need to recruit and train heroes, defend your city, devise ingenious strategies, carry out skilful trades, make alliances, and generally behave like a power-hungry badass on a mission.

The latest update chucks a number of new elements into the mix, but the biggest has to do with familiars.

Familiars are, of course, magical creatures that grow from Hatchlings into Ancients, getting more powerful and useful as you upgrade them by feeding them and training them at the gym.

Once they reach Elder stage, familiars can now unlock army skills using special items, allowing you to thrust them into the fight. These army skills come in handy during battles, unleashing powerful attacks on your enemies, and you can upgrade them to make them even more powerful.

You can set familiars to defend your city, too, meaning basically that your heroes now have something to keep them company both on the battlefield and on the home front.

To check out the new content, update Lords Mobile or download it right now on the App Store or Google Play.

Dr. Pimple Popper Treats a Woman With a Huge Lipoma in Season 3, Episode 2

Dr. Pimple Popper Treats a Woman With a Huge Lipoma in Season 3, Episode 2

How to Use the World's Healthiest Foods to Fit Your Lifestyle