“You’re the only person who didn’t… look at me like I’m a monster.” Michael Mailer Films has debuted an official trailer for an indie romantic thriller titled The Second Sun, the feature debut of producer Jennifer Gelfer. This premiered at a few small festivals last year and arrives in just a few weeks. “Two lost souls meet one cold night in Post-war Manhattan circa 1953. Before dawn arrives, deep rooted secrets will be revealed. And this man and woman, will believe in life, love, and most importantly, miracles again. The human spirit can survive anything.” Starring as the two lovers: John Buffalo Mailer as Max, and Eden Epstein as Joy, along with Ciaran Byrne, Claudia Maree Mailer, and Jocelyn Jones. This looks like they had no budget and barely put together a film, that seems more like a play, about how the past always sticks with us. 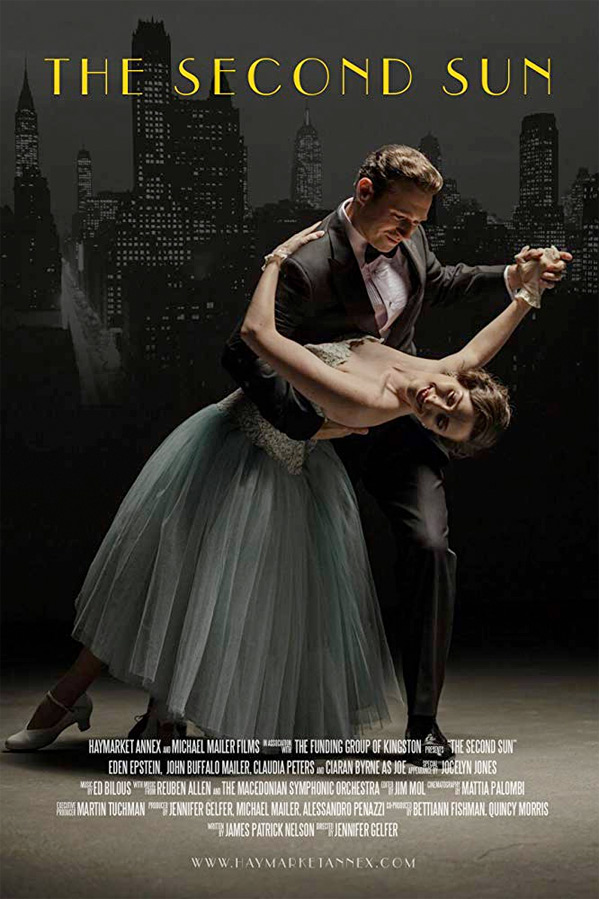 Inspired by a true story, The Second Sun follows the happenstance romance of Max and Joy. After leaving her husband and child, Joy meets a stranger, Max, in a lonely bar, on a cold, late night in post-World War II New York City, 1953. As the night unfolds, they delve deeper into conversation. Her disclosure leads to an inconceivable revelation, his harrowing secret from 1939 Nazi Poland. As facades fade, and truths are confessed, these two lost souls save each other, on a single night that changes their lives forever. The Second Sun is directed by American producer / filmmaker Jennifer Gelfer, making her feature directorial debut after directing numerous episodes of “In Between Men” on TV previously. The screenplay is written by James Patrick Nelson. This played at the Manhattan and Hollywood Film Festivals last year. MMF will release The Second Sun in select theaters + on VOD starting August 16th. For info, visit the official website.

FUCT Has Already Come Through With Fall’s Must-Have Sweats