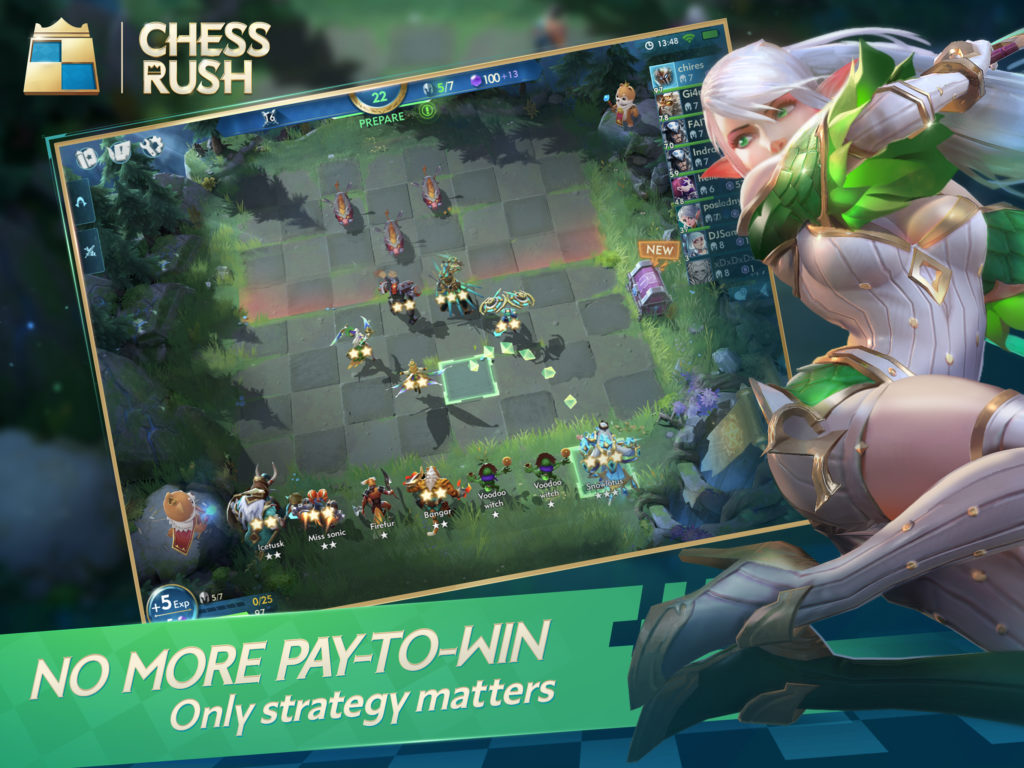 Just in case you’re not yet familiar with Chess Rush, here’s the lowdown: it belongs to the growing auto chess subgenre, which sprang to life at the beginning of this year and looks set to be the great innovation of 2019. The genre combines chess and MOBA, with teams of heroes playing on checkered boards.

It’s all about tactical thinking. You have to think about formations, combining identical heroes for affinity bonuses, what items to equip, and much more than that before sending your troops into battle.

These battles last up to 40 minutes in the Classic Mode, though the Turbo Mode cuts that right down to ten minutes, accelerating everything into a thrilling panicked scramble.

As well as taking on random opponents you can team up for a spot of co-op play with your friends, and take on other teams from around the world.

Tencent has been the publisher behind some of the biggest eSport games out there (including Arena of Valor and PUBG Mobile) – and Auto Chess looks set to join those leading lights in the eSports field.

So what’s all this about an event? The Chess Rush Global Star Challenge will involve eight influencers from eight different nations – Brazil, North America, Russia, Korea, Thailand, Japan, and Germany if you must know – competing for prizes in full view of the entire world.

Yep, you can watch the action as it happens by tuning into the Chess Rush Facebook page or YouTube channel.

The top prize is a massive $10,000, while the first runner-up will get $5,000. Third place gets $1,000, and all eight competitors will walk away with in-game goodies, however rubbish they are. The top two players will also be in with a chance of a more lasting partnership with Tencent.

There are prizes on offer for you at home, too, with three lucky watchers each winning three handsets. Just check out the game’s official channel to find out how.

Tencent has yet to give a firm date – so keep an eye on the game’s Facebook, Instagram, and Twitter for more details on the date and time of the event.

You can download the app now on the App Store (and Google Play.)

When Sunglasses Speak Louder Than Words