Once upon a time, back before mason jars became cups and latte art started looking like it belonged in the Louvre, summer coffee was simple. But with the rise of the specialty coffee scene, cold coffee has become its own genre with a roster of beverages that seemingly requires a Ph.D. to fully understand. From iced cappuccinos to iced macchiatos (not to be confused with “real” macchiatos), coffee shops now offer a dizzying number of cold caffeinated beverages.

In other words, we’ve got options. But also questions.

Even if you’re not considering an espresso drink or a something-ccino, you’ll have to decide between iced coffee; its pricier cousin, cold brew; and maybe even a nitro brew. Don’t get me wrong: I’m into occasionally splurging on a great café drink as much as the next millennial. But, let’s be honest, most of us don’t really know what’s costing us that extra cash.

When I first started working as a barista, I was equally baffled by the complex iced coffee taxonomy. But after spending three summers pouring an astonishing number of iced brews, I became more familiar than I ever wanted to be with what goes into each glass (or jar). From your classic iced coffee to that $5 nitro brew, here’s what you need to know. 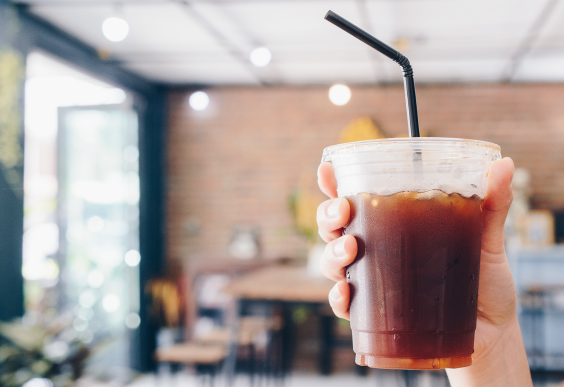 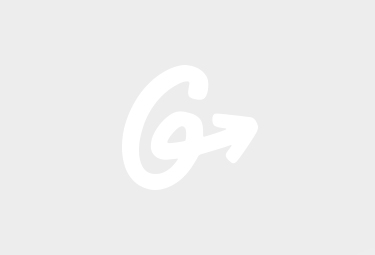 Let’s start with our longtime, faithful friend, iced coffee. Classic, reliable, and famously over-iced, this guy is a summertime go-to.

True to its name, iced coffee is pretty much your average cup of joe… over ice. It’s brewed hot like your regular cup but at double strength, so when it’s poured over (and melts) a pitcher of ice, it won’t be too watery.

We’re guessing you’re probably at least a little familiar with this brew. But in case you need a refresher, iced coffee tends to be light, refreshing, and a little more acidic—though this will depend on the beans at play and how well the person brewing knows how to do it.

Iced coffee costs more than the hot stuff because of the extra materials involved—like straws, ice (not to mention the ice machine required), and plastic cups, which can cost up to two times the price of their paper counterparts. It’s typically the cheapest of all the iced varieties, however, because the process of making it isn’t too time intensive.

You love drinking strong black coffee, don’t mind adding dairy or a nondairy creamer (since it’s more acidic, you may need a little something), or want to make it yourself in a pinch.

Though not really new at all, cold brew has gotten a lot hotter over the past few years. (The genesis of this java has been heavily contested, but most believe it first emerged in the early 17th century.) While it wasn’t even on most café menus five or 10 years ago, it’s pretty much a household name, finding its way into grocery stores, restaurants, and any coffee shop worth its beans.

The ‘cold’ in cold brew doesn’t come from the temperature of the coffee, but rather the process of making it. Steeped in cool water at room temperature, cold brew will slowly become its best self over 12 to 24 hours. The grounds are then strained out, and the remaining liquid is chilled and served.

It turns out that heat tends to pull some of the most intense and aromatic chemicals out of coffee beans, which translates into the acidic, slightly bitter taste of hot-brewed coffee. Because cold brew is made with cool water, it tastes slightly sweeter, a bit milder, and way less acidic than your average iced joe. Though the aroma and flavor will be less intense, they won’t change dramatically over time like hot coffee. So you can drink it the next day, and the next day, and it will taste just as fresh.

We’ve all wondered why cold brew cashes out anywhere from 50 cents to a dollar more than regular iced coffee, and maybe even thought of staging a minor caffeinated protest outside of the nearest Starbucks. But listen, it’s not as much of an injustice as it may seem. Not only does the process take way longer, but cold brew also requires about twice the amount of coffee grounds as its more traditional counterpart.

You want to avoid adding creamer or sweetener but have trouble drinking black coffee, since it’s much smoother than your standard coffee cup. Also, this is a great option if you want to make high-quality coffee at home and don’t mind brewing it a day in advance.

We won’t beat around the bush—nitro brew is basically a bubblier cold brew that comes from a keg. It grew in popularity when Starbucks rolled out its own variety a few years ago, delighting those who had always secretly wished coffee was just beer.

The coffee is typically first made using the cold brew process, then poured into a keg. It’s then infused with tiny nitrogen bubbles and routed through a pressurized valve to create the “on tap” situation that looks (and tastes) undeniably cooler than any Keurig.

The biggest difference between a nitro brew and a cold brew is texture. While both of these iced options are subtle and sweet in flavor, a nitrogen cold brew delivers a super-smooth, rich body with a foamy top similar to your favorite draught beer.

If you’re about to make nitro your drink of choice, be prepared to pay a pretty penny for it. Between the (time- and money-intensive) cold brew process, the nitrogen infusion, and the costly equipment needed to make it, this drink might cost you as much as a small meal.

You want something frothy but you’re trying to avoid creamers or sweeteners. Oh, and you don’t mind paying top dollar for top taste.

What’s FaceApp Really Getting At?

What’s FaceApp Really Getting At?

Corey Lewandowski Asked If He's Been Drinking During TV Interview